QB Mitchell Trubisky sent the family of a deceased fan a very thoughtful letter and gift.

Bears quarterback Mitchell Trubisky may or may not win the starting job in Chicago this season, but he just won a ton of hearts with his latest act of kindness. The fourth-year quarterback has always displayed solid leadership and a healthy attitude, both of which and more were on display in his most recent interaction with the family of a fan who lost his life too soon.

Trubisky took the time to send a heartfelt letter — handwritten, no less — to the family of former Kansas football equipment manager Jack Roche, who died tragically in a car accident last month at the age of 21. Roche, a native of Oak Lawn, Illinois, was struck and killed by a vehicle as he attempted to cross a busy street in Illinois late July 10. When word reached Trubisky was a fan of the Bears, the quarterback reached out to Roche’s family in a very special way. 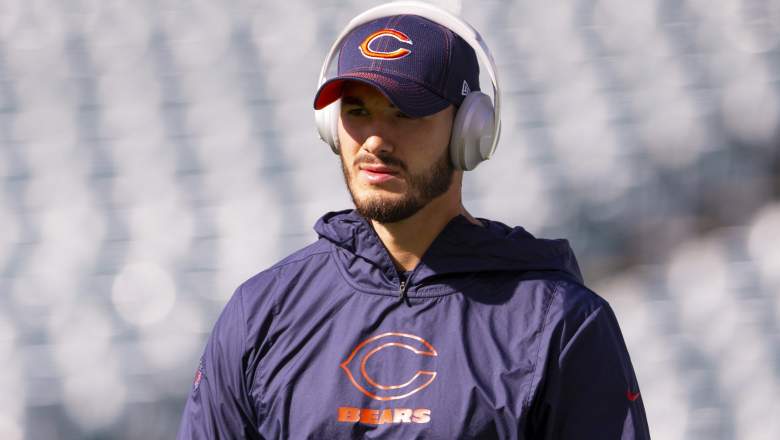 GettyChicago Bears QB Mitchell Trubisky’s most recent interaction with fans may be his most memorable one yet. (Photo by Mitchell Leff/Getty Images).

News of Trubisky’s letter to the Roche family traveled fast, and made the rounds on social media despite the young quarterback keeping mum about his good deeds. An image of the letter was included in the viral posts, with the Bears’ quarterback writing the following:

Trubisky also included an autographed jersey along with the letter.

Trubisky is Near-Perfect Off the Field… 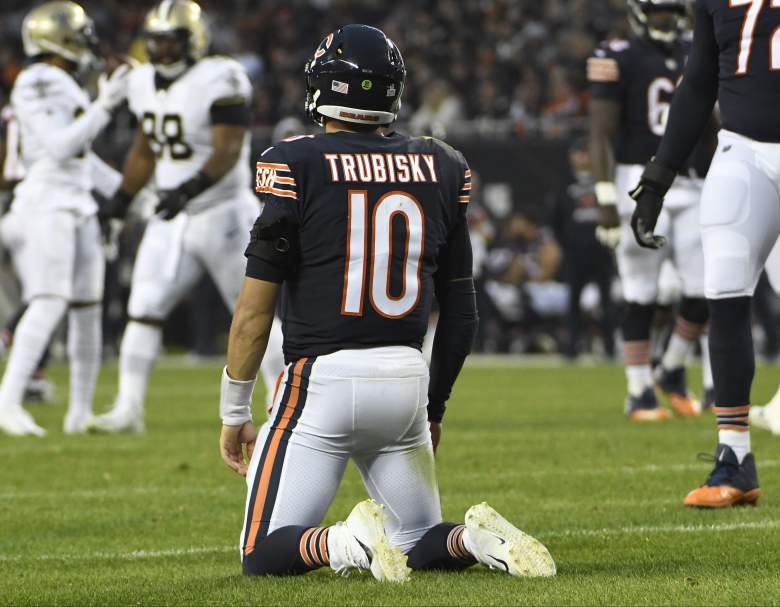 GettyChicago Bears quarterback Mitchell Trubisky had a very disappointing season in 2019 after playing well in 2018. (Photo by David Banks/Getty Images)

Few, if any, have been critical of Trubisky as a person. By all accounts, he has been a decent and upstanding young man with a stellar work ethic and a warm attitude towards fans. There have been no concerning reports about sketchy or inappropriate antics, with the amount of press he has received being overwhelmingly positive.

Trubisky also donated $10,000 to wideout Allen Robinson’s Within Reach Foundation earlier this year, and Bears’ legend Brian Urlacher recently praised his attitude in a big way, so off the field, Trubisky has been aces. But he has yet to put it all together on the field, and that’s where the problem lies. The Bears and their fans are hoping 2020 is the year he finally does.

READ NEXT: Hilarious Calls for LB Khalil Mack to Be Part of Bears’ QB Room Begin to Emerge