With recent attacks on President Donald Trump and accusations of threats of blackmail by Joe Scarborough and Mika Brzezinski, the daughter of the co-founder of the Trilateral Commission Zbigniew Brzezinski. Some information about Scarborough’s past has come to surface.

No matter what you believe about the exchange between Trump and the two MSNBC hosts the following information is more important than allegations of behavior between the two because it involves the death of a young intern Lori Klausutis and the subsequent cover up. I won’t be looking at the speculation of any of the drama. I draw no bias to either side or conclusion until evidence is presented instead, I’ll be examining the case of Klausutis who was found dead in Scarborough’s Fort Walton Beach office. 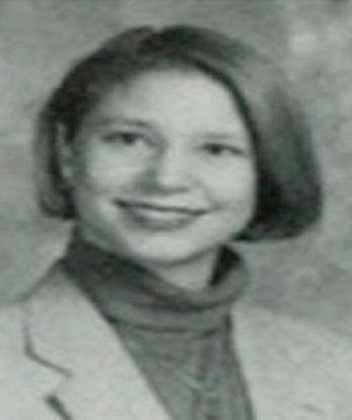 Scarborough used to serve as a U.S. Republican Congressman from Florida’s 1st District from 1995 – 2001, he shortly resigned five months into his fourth term in September 2001. Two months before his resignation on July 20th, 2001, his intern Lori Klausutis was found dead inside his office on his floor.

Her body was discovered by a couple who wanted to speak to Klausutis about a work permit issue they had.

However, the once respected news agency CNN reported that Scarborough was set to reign as early as May 2001. So the death of his aide probably didn’t have anything to do with his resignation. 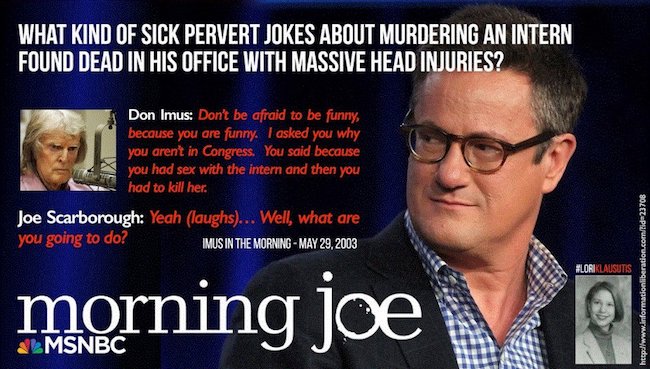 “My staff and family are greatly saddened by the loss of Lori Klausutis. I know Lori will be missed by the thousands of citizens who regularly contact my office to seek assistance with a variety of problems. May God grant Lori’s family the grace, comfort, and hope that will get them through this difficult time,” Scarborough’s office said.

Scarborough claimed that he had resigned “in order to spend more time with his children.”

“In the last month or two, I’ve had thousands of different rumors launched against me. I’d rather keep this private right now,” he added.

The story of the death of Klausutis was swept under the rug and was barely covered by the media perhaps because two months later on September 11th the largest terrorist attack on American soil occurred or maybe the media didn’t see significance in covering the mysterious death of a young woman?