Mitchell Trubisky hasn’t earned the Bears starting quarterback job yet, but he was just given a very different honor by his teammate and close friend, center Cody Whitehair: he was named godfather to Whitehair’s daughter. Trubisky’s girlfriend, Hillary Gallagher, posted photos on her Instagram page with herself, Trubisky, Whitehair, his wife Hannah and their baby daughter Blakely Sue, sharing the news via captions.

“Blakely Sue Whitehair was baptized today,” Gallagher wrote in the caption accompanying the photos. “Mitchell is so blessed with such a sweet God daughter and we are so lucky to be able to be there for such a special day.” 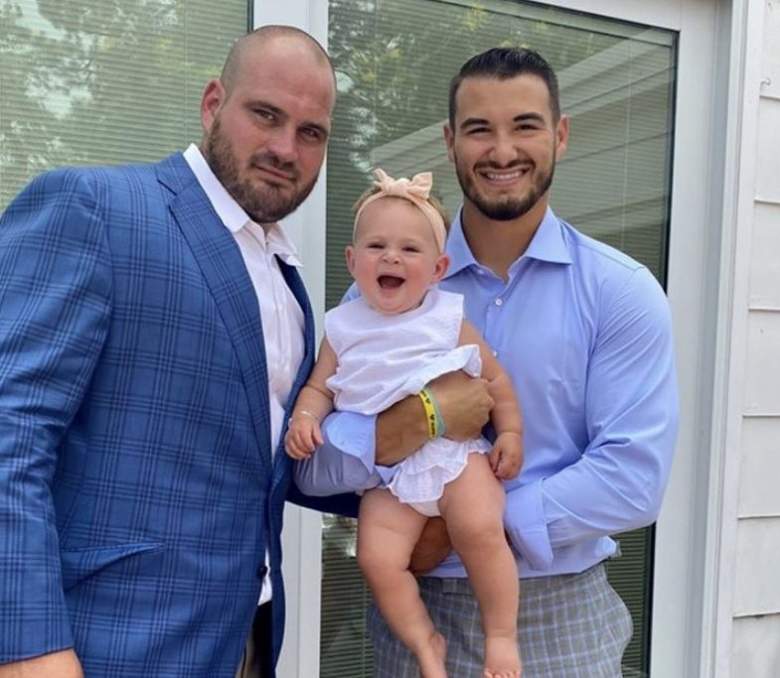 Regardless of what happens with the Bears’ QB competition between Trubisky and veteran Nick Foles, it’s clear Whitehair and Trubisky have a strong bond.

Could Trubisky’s Bond With Whitehair Help Him Win the Starting Job? 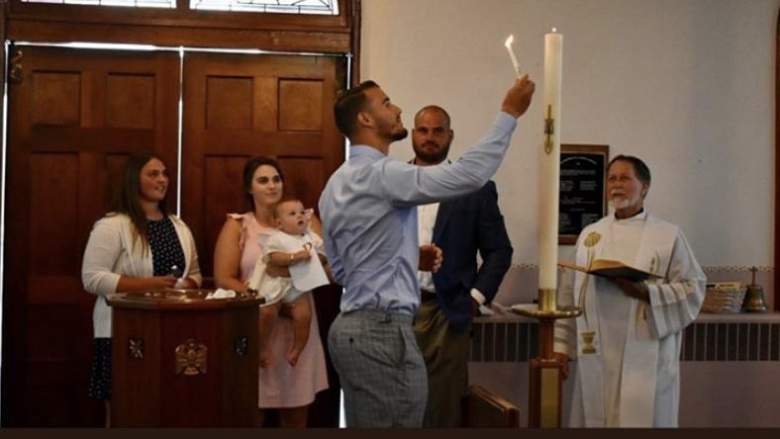 Hillary Gallagher InstagramChicago Bears QB Mitch Trubisky lights a candle at the baptism of teammate Cody Whitehair’s daughter. Whitehair and his wife Hannah are seen in the background.

It’s no secret Trubisky and Whitehair are close. They have been practicing together with a few receivers weekly over the last month or so, and Gallagher often posts pictures of their frequent hangouts. Trubisky even served as Whitehair’s personal barber during quarantine this past spring. 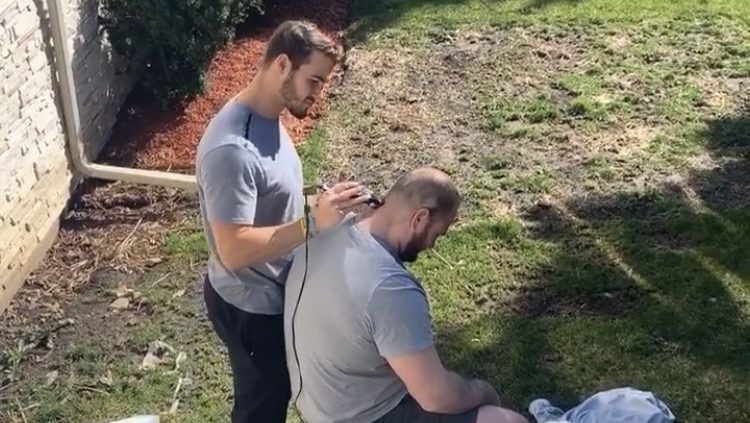 Considering how important the center-quarterback relationship is, could this strong bond between the two work in Trubisky’s favor?

It’s clear Trubisky plays better with Whitehair under center. Whitehair had been starting at center since 2016, a year before Trubisky entered the league, but the Bears’ coaching staff decided to move James Daniels to center last year. Daniels, who played center in college at Iowa, struggled at the position for eight weeks in 2019 and was then moved back to guard. With Whitehair at center, the Bears’ pass-blocking efficiency went from 20th to 5th in the NFL, which could have something to do with why Trubisky plays better with Whitehair as his center.

“Cody does a great job, having him back there. He’s a really big leader for this offense and this offensive line. He’s really good with communicating, helping those young guys to the sides of him now, and we have really good chemistry, me and him. So he gives me confidence and we’ve just got to keep feeding off that, and when he’s in the middle just his communication and how he leads the guys, I think it really helps the offense and guys feed off that,” Trubisky said at the time.

Could that ‘really good chemistry’ and strong bond off the field help Trubisky’s confidence and comfort level as he fights for the starting job? It certainly cannot hurt. In a season in which teams will have extremely limited practice, the bonds between players may matter more than ever — and Nick Foles has never worked with Whitehair.

Football is still a business, however, and if Trubisky underperforms in 2020 like he did in 2019, his personal relationships won’t help him.